The Italian history of the last sixty years intertwines with the business history of Impresa Tonon Company.

It’s the period of the ‘Italian post-war history”, in which there’s the need to revive a country destroyed by the most disastrous war that Europe had ever lived. This is the social context that offers the twenty-years old Giovanni Tonon an opportunity to work hard in order to think about having a better future, which turns very quickly in an extraordinary incentive for those who came out alive from those dramatic experiences.

“When darkness becomes more dense, you can glimpse new horizons”, and this is the context, in 1955, which pushed the young Giovanni Tonon to launch his own business starting the entrepreneurial legend, which soon leads to the realization of prestigious residential buildings in the adjacent territory.

Since the ’60s, demonstrating extraordinary foresight, Impresa Tonon is therefore a undisputed protagonist on the coasts of Triveneto region, thanks to the realization of a lot of important structures in touristic areas, but also in the context of public and private buildings, such as hotels, roads and maritime works of coast defense.

In 1976, after the earthquake in Friuli, Impresa Tonon was called from the local Authorities to cooperate for the state of emergency, and undertook with its personnel and equipment a reconstruction, that is still an example for the whole world.

Professional skills, attention to quality and the great potential operating contributed to the creation of a group of companies operating in the domestic construction industry. These characteristics, allowed the Group, since 1989, to approach and consolidate many prestigious experiences also in the territories of the ex Soviet Union, from Moscow to Vladivostok, from Odessa to Nefteyugansk.

To achieve its objectives, Impresa Tonon has therefore gradually developed an internal administrative, technical and professional system, complemented by a network of external collaborations with offices of technical and administrative consulting, able to realize any constructive mission.

The early 90s, the phase of deep industrial and technological development, lead Impresa Tonon S.p.A. into the markets of industrial constructions, of large commercial structures and into the field of conservative and historic environmental restoration. With a view to national development, Impresa Tonon has been promptly certified with Quality System UNI EN ISO 9001:2008, and also with the registration to various categories SOA (National constructors Register); just as an example, the Company obtained the category OG1 (civil and industrial buildings), as well as the category OG2 (Restoration and maintenance of the property subject to protection…) in addition to the prestigious unlimited category OS2-A (for the restoration of real estate’s artistic decorated surfaces of our cultural heritage) in class 4.

Impresa Tonon S.p.A. has demonstrated, through the years, to be able to combine the needs of the Customer with the environmental aspects and the latest technology to achieve, turn-key, any type of work, from the design to its full realization.

After sixty years of intense multifunctional activity, after many millions cubic meters built, leaving an important positive impression in the whole market, Tonon SpA can now operate in all fields of construction, realizing also itself civil and engineering planning, with the best solutions that can be adapted to every Customer’s need.

In a world where the concepts of “speed work” and “solidity” have gradually evolved into a more modern organization, both compatible and synergic with the need of “respect for the Earth” and “durability”; the references of many million cubic meters built or rehabilitated are a sure guarantee for each type of Client, public or private.

Looking forward a more modern way to interpret the requirement of the actual market, Impresa Tonon S.p.A., has developed its range of offer in terms of general building construction, through the realization of buildings for own account and of third parties and above all with the “turn-key” formula.

The ability of a constructor is to succeed in coordinating a variety of expertise and professional experiences, creating the conditions to work as “General Contractor” profile that marks from many years Impresa Tonon.

With decades of experience in its own realization of projects managed as “General Contract”, “General Project Manager”, “Contract & Interiors” and “Turn-Key” this way of operating has now become intrinsic and inseparable part of the building business context, where the ability to manage the different stages allows the developer to ensure the high quality of work and respecting the costs.

This appears in the ability to be frequently not only creators, designers and inventors of most of own projects, but also often being the figure, today necessarily complementary, of Maintainers, of “after-sale problem solving” for the Customers.

In this context, the internal Electrical Dept. was established in 2011 to replace the already tested executions of subcontracting, and to ensure best quality, service and control of this part of the systems, which in recent years has developed from a simple accessory, to prove its functionality.

The role of General Contractor, already tested and stabilized over time, has been implemented through the creation of the branch “Tonon Architecture”: an internal technical team that ranges from the concept and the development of the project, supporting the team’s site for development and possible modifications during the realization of the executive project, harmonizing the Client’s and Site-Management’s needs together with the job-site requirements.

This way of thinking, applied to each specific sector of building construction, has allowed Impresa Tonon to range from conservative to environmental restoration, from the construction of shopping malls to the construction of modern housing estates, providing the user any technical expertise ensured by an operating Group consisting of trained teams that are skilled in every field.

Impresa Tonon is actually engaged in different projects, such as residential, office, commercial and industrial projects; considering the particular social and economic context, a special attention is given to the restoration considering that this field is obviously becoming the future of construction in the short medium terms.

In this specific and important field, Impresa Tonon is today recognized as one of the few Italian companies able to join the organization, coordination and the respect of the works’ schedule-time, as often these constructions have to be ended in very short time, to respect the Customers’ requirements.

With these credentials, Tonon resulted as a credible player when it was called to realize important works for historic Venice’s buildings in collaboration with some of the most well known international design firms, as well as for specific and delicate interventions of aesthetic and functional restoration. 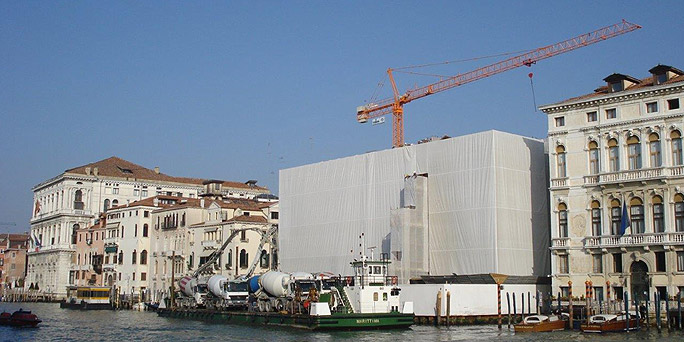 IMPRESA TONON S.p.A.
Founded in 1955, it is the corporate’s group leader and it excels at delivering any kind of building. The company deals with each aspect of construction from the design to the furniture, including the urban development both for public or private works, operating in the infrastructures, commercial, housing and residential sector.

SYSTEMS DIVISION
With over 50-years’ experience, it is the branch of Impresa Tonon specialized on general contracts. From 2011 the company technical abilities have been implemented with a Technical Directorate and the realization of electrical, special and mechanical systems.

GENERAL BETON TRIVENETA S.p.A.
Founded in 1967, General Beton Triveneta has got batch and inert production plants all over Friuli Venezia Giulia region, Treviso, Venice, Padoa and Rovigo (North-East of Italy). Equipped with mobile batching plants it is especially suitable for the on-site and technological laboratories special needs. The company operates also abroad, with business in Cina, Poland, Romania and Tunisia.

ASBESTOS WASTE DISPOSAL SITE)
Started up in 2008 by General Beton Triveneta, this is the first waste disposal site of the Triveneto area (North-East of Italy) to dispose of asbestos demolition materials and inert waste recovery. This site deals also with hazardous waste disposal.

NORTH EAST LOGISTICS)
Subsidiary company since 2010, Nord Est Logistica focuses on the distribution and installation of the ready-mixed concrete on-site.

SINTEXCAL S.p.A.
Acquired in 1996, with over 30 year of experience on the production and installation of asphalt laying for roads, airports, logistics and any other application, the company supplies the needs of the North-West and Centre of Italy. Its special asphalt laying is realized with bituminous binders and/or with mixed concrete.

VALLI ZABBAN S.p.A.
Acquired in 2004, Valli Zabban is dedicated to the production and distribution of bitumen binders and emulsions for on-site construction or recycling, road pavements and airport surfaces with warm or cold systems or with recycled rubber (ELT). It also masters the realization of bituminous waterproof membranes.

AETOLIA
Acquired and merged in Valli Zabban in 2004, it is the group’s acoustic division. It realizes the acoustic systems, made also with recycled rubber (ELT), for floors, walls and ceilings; antivibration solutions for the industry, railways, tramways and soundproofing panels for roads.

TOSCOVENETA MARMI E GRANITI S.p.A. (TUSCA & VENETIAN MARBLES AND GRANITES)
Subsidiary company since 1995, from over 55 years it has been dealing with the processing of stones, ornamental marble and coating. It offers a full service from the selection of blocks in the quarries, to their transformation into semi-finished sheets or finished products, giving advice and supplying support also during the installation stage.